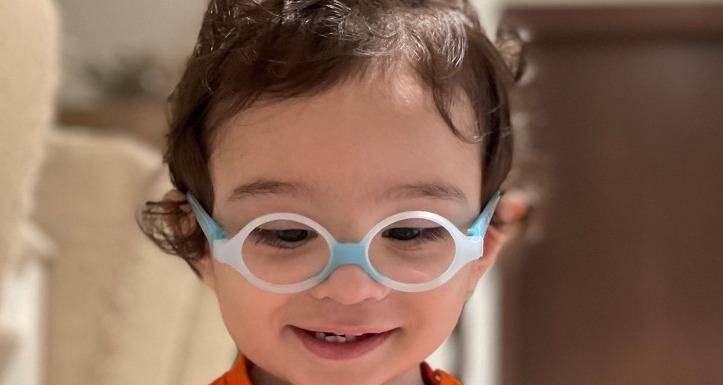 “It was crucial that we operated on Adam as soon as possible while the brain-eye connection was still developing.”

Adam El Jammal was only two months old when his parents noticed his eyes were not aligned correctly.

Dr Arif Khan, pediatric ophthalmologist at the Cleveland Clinic Abu Dhabi, said: “Adam had good vision, but rather than using his eyes together he used them one at a time. It was crucial that we operated on Adam as early as possible while the brain-eye connection was still developing.

“By doing the surgery early, we give him the best chance to develop the right eye-brain connections, allowing him to see the world with both eyes at the same time.”

At 11 months, Adam underwent outpatient eye muscle surgery. During the 40-minute operation, her eye muscles were repositioned to compensate for the circumference of the eye. By realigning its eyes, the brain would be able to lock in the new straight line position as the correct one.

Mohamad El Jammal, Adam’s father, said: “Immediately after the operation, you could feel that Adam was happier and more relaxed. He was more interactive with us because his field of vision widened. We really noticed that he was very excited about it for a few days.

“Now he’s running around the house, happy with the world around him.”

Strabismus affects up to 4 percent of children and refers to misalignment of the eyes. This leads the brain to use one eye at a time, rather than both together for full binocular perception.

If left untreated, the condition can affect fine motor control, depth perception, hand-eye coordination, and even reading speed. However, the psychosocial effects that strabismus can have on children as their personality develops is potentially more damaging.