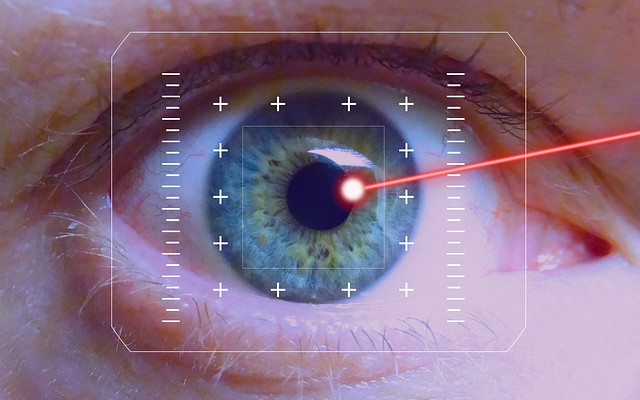 This is what happens in laser eye surgery

The cornea of ​​the eye is the front part of the eye that is transparent and basically acts like a lens. Both the cornea and the lens of the eye refract incoming light and help focus it on the retina at the back of the eye. The images our eye sees are actually upside down, but our brain takes the image and turns them around so that you interpret them as “the right way”. Over time, some of us may develop visual problems and our eyesight may become blurry. One of the main causes of blurred vision is refraction problems where the light is not focused well on the back of the eye. This includes myopia and astigmatism.

One way to solve this problem is with laser eye surgery. So how does it work? The laser is focused on the cornea to essentially heat and evaporate the cells so that the cornea can be reshaped. The cornea has a soft lens effect which adds to the lens of the eye thus helping to correct refractive errors.

Laser assisted in situ keratomileusis (LASIK) is a procedure that typically uses two lasers. One of the lasers is used to make a small flap in the cornea, then the other laser is used to reshape the cornea. The flap is then placed back on the cornea and allowed to heal without stitches. Normally a excimer laser is used which is an ultraviolet laser which uses a combination of a noble gas and a reactive gas such as fluorine or chlorine (known as an excimer) as the gain medium. Noble gases usually do not react much, however, when excited, they combine briefly and emit electromagnetic radiation in the ultraviolet region. After that, the molecules dissociate, and reabsorption of ultraviolet rays does not occur. The pulses generated only last a quadrillionth of a second.

Small Incision Lenticule Extraction (SMILE) laser eye surgery is a type of keyhole surgery where a small, self-healing hole is performed. Laser pulses from an excimer laser are used to produce bubbles smaller than 1 / 100th the width of a human hair in the cornea. Small connecting tunnels between these bubbles are then made with a laser so that the surgeon can extract the unwanted tissue. Since no flaps are done, this procedure has a shorter recovery time.

Surface laser treatments such as PRK, LASEK, and TransPRK are treatments that use an excimer laser to remove the “skin” from the cornea so that it can be reshaped and then grow back naturally. Therefore, these treatments generally have longer recovery times. Overall, it is stated that more than 95% of people who have had laser eye surgery are satisfied with the results.