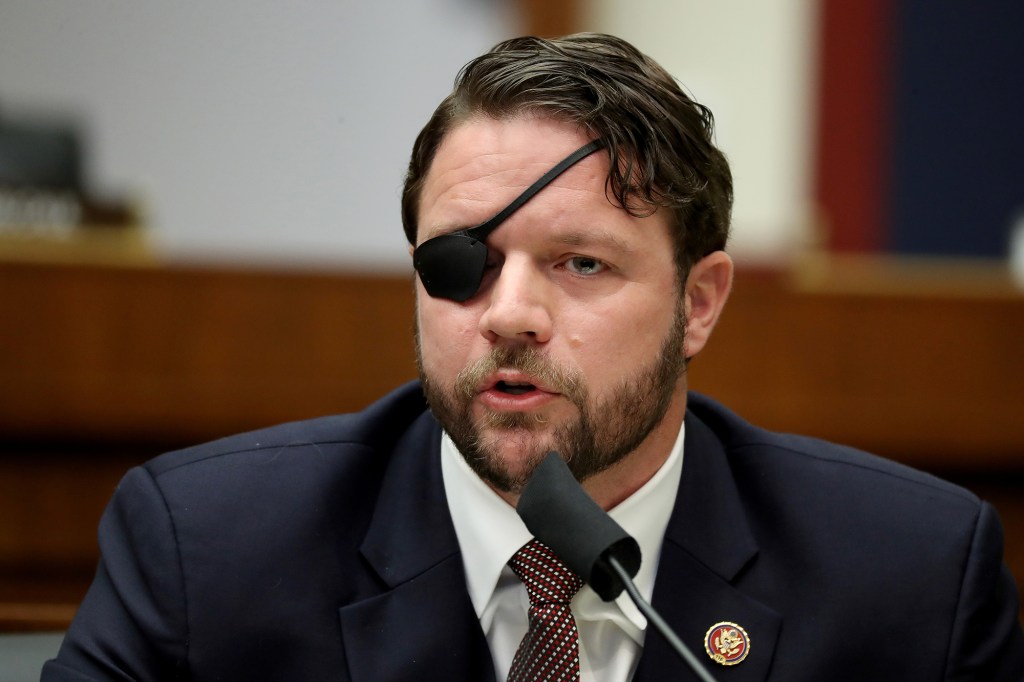 Texas Representative Dan Crenshaw, a former NAVY SEAL who lost his right eye in Afghanistan, announced on Saturday that he had undergone surgery this week for a problem in his other eye – and that he will “indeed be blind for about a month ”.

Crenshaw, 37, a Republican from Houston, tweeted a statement saying that a few days ago, he had “noticed dark and fuzzy spots” in his vision, “which seemed to be out of the ordinary”.

He saw a doctor on Thursday and an ophthalmologist told him that the retina in his left eye was coming loose.

“It’s a terrifying prognosis for someone with one eye and the nature of the injuries I suffered in Afghanistan,” wrote Crenshaw, who served in the US Navy from 2006 to 2016 and retired as as lieutenant commander.

He said the 2012 IED explosion in Helmand province left him with “a half-good eye” and that there was always a possibility that the effects of the damage would resurface.

“It seems that is exactly what happened,” he said.

The blast injuries, which occurred during Crenshaw’s third deployment, initially caused total blindness, but he regained sight in his remaining eye and completed two more tours of duty.

He underwent emergency surgery Friday at the VA Medical Center in Houston.

“During the operation, they put a gas bubble in my eye, which acts as a bandage for my retina,” he said. “It means I have to be face down for the next week, unable to see anything.”

Crenshaw said he would likely be off social media, except for updates on his health as he recovers in his Houston home with his wife, Tara.

“I’ve been through worse, and I’m going to get through it,” Crenshaw wrote.

Still, he added, “A few prayers that my vision would return to normal and make a full recovery wouldn’t hurt, however, and would be greatly appreciated.”

Crenshaw won a second term in Congress in November, defeating Democratic challenger Sima Ladjevardian. He said his offices “will continue to operate”.