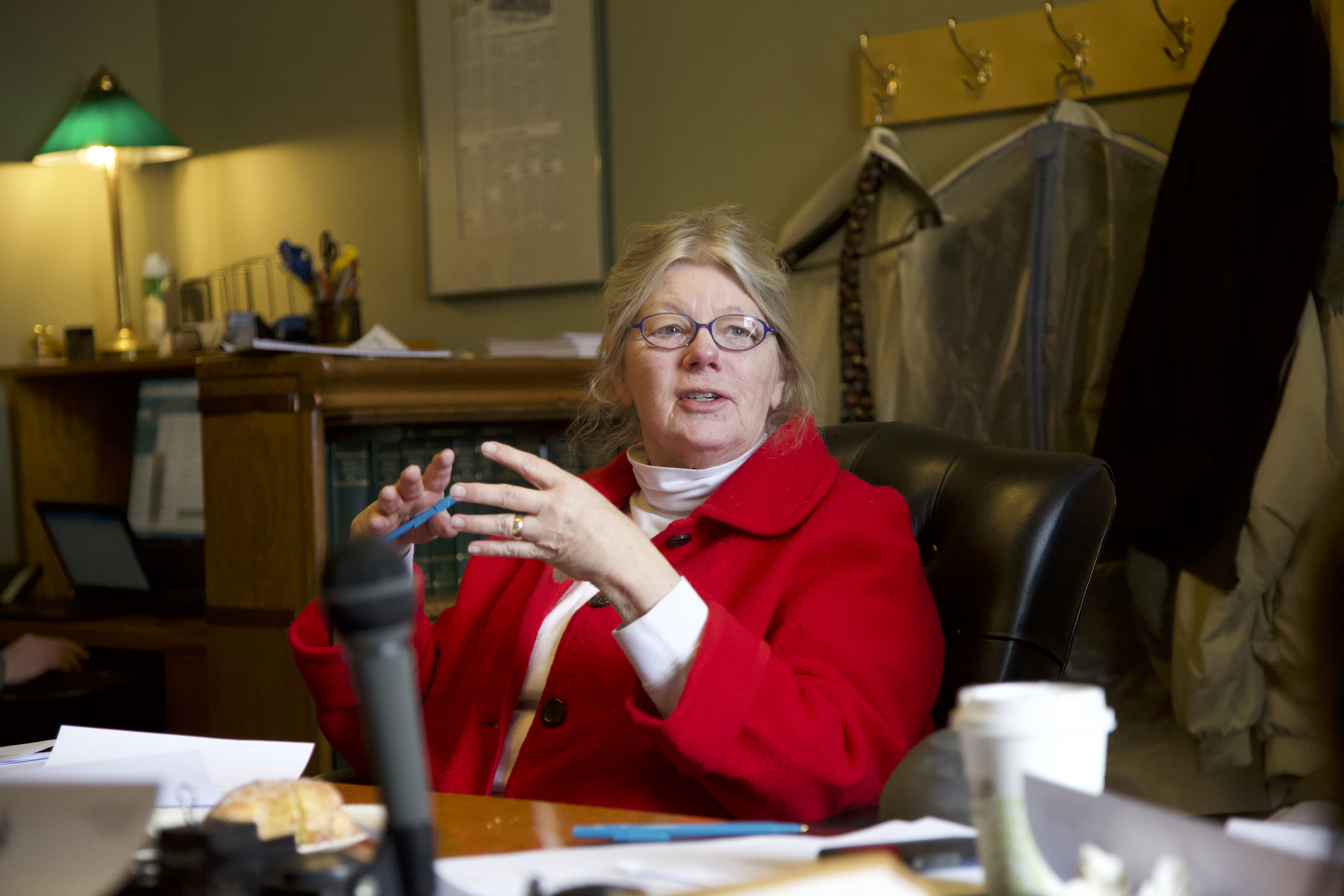 Should non-physicians be allowed to perform eye surgery? Vermont lawmakers step in

Vermont eye practitioners are in the midst of a contentious turf war over the right to cut eyeballs.

Optometrists, the world’s leading eye care providers, are demanding the right to perform certain superficial surgeries in Vermont. Their medical counterparts, ophthalmologists, say these non-medical practitioners lack the skills or training to perform these procedures safely.

The latest installment in the years-long battle unfolded at the Senate Government Operations Committee on Friday afternoon. If passed, the bill, S.158would grant optometrists the right to perform certain superficial surgeries, including anesthetic injections, removal of skin tags around the eyes, and certain laser procedures.

“You’re the safety net, basically, for the people of Vermont,” Jessica McNally, president of the Vermont Ophthalmological Society, told senators Friday. She asked them to carefully consider the health and well-being of Vermonters in their decision.

But most of the discussion veered away from the emotional and squarely into the technical world of eye care, with long lists of difficult-to-pronounce surgeries and accusations of contradictory or misleading statements by the two. sides.

Dean Barcelow, president of the Vermont Optometric Association, urged committee members to trust the professional ethics and clinical judgment of their peers.

“We’re not asking for big tough procedures here,” he said. “We ask for things that only take a few minutes – minor. They can be performed chairside in the office.

Baffled committee members intended to vote on the matter, but instead decided to refer the bill to the Senate Health and Welfare Committee for review before taking further action.

At the heart of the argument is a battle over medical territory. It’s a problem physicians have long grappled with with nurse practitioners and physician assistants, professions that have gained some independence from physicians in recent years.

Ophthalmologists are doctors who perform eye surgery. Optometrists, on the other hand, don’t go to medical school and are usually limited to eye exams, annual checkups, and first aid for injuries.

When patients need surgery, optometrists usually refer to an ophthalmologist. In some states, including Oklahoma, however, optometrists have the right to perform minor surgeries – a privilege coveted by optometrists in Vermont.

Vermont optometrists began advocating for surgical privileges in 2019. In that first go-around, lawmakers asked the secretary of state’s office to consider the merits of the request. The resulting 2020 paper concluded that extending these privileges to optometrists could pose risks to patient safety and that there was “little need and minimal cost savings associated with” the expansion. .

Optometrists said the report was incomplete and misleading because it failed to mention the hands-on clinical practice that optometrists receive in school. The Vermont Optometric Association argued that the procedures they wish to perform are taught in optometry schools in great detail.

Ophthalmologists, on the other hand, support the report. They say even simple surgery could lead to irreparable complications that non-medical eye doctors simply aren’t trained to treat.

David Herlihy, executive director of the Vermont Board of Medical Practice, the licensing board that oversees medical professions, sided with ophthalmologists.

“Just because people see artificial eyeballs and talk about it in optometry school doesn’t mean they should do it on a regular basis,” he said.

“That probably makes them better optometrists…but when it comes to counseling, additional training is needed (for surgeries),” he said.

The Senate Health and Welfare Committee is expected to review the bill in the coming weeks.