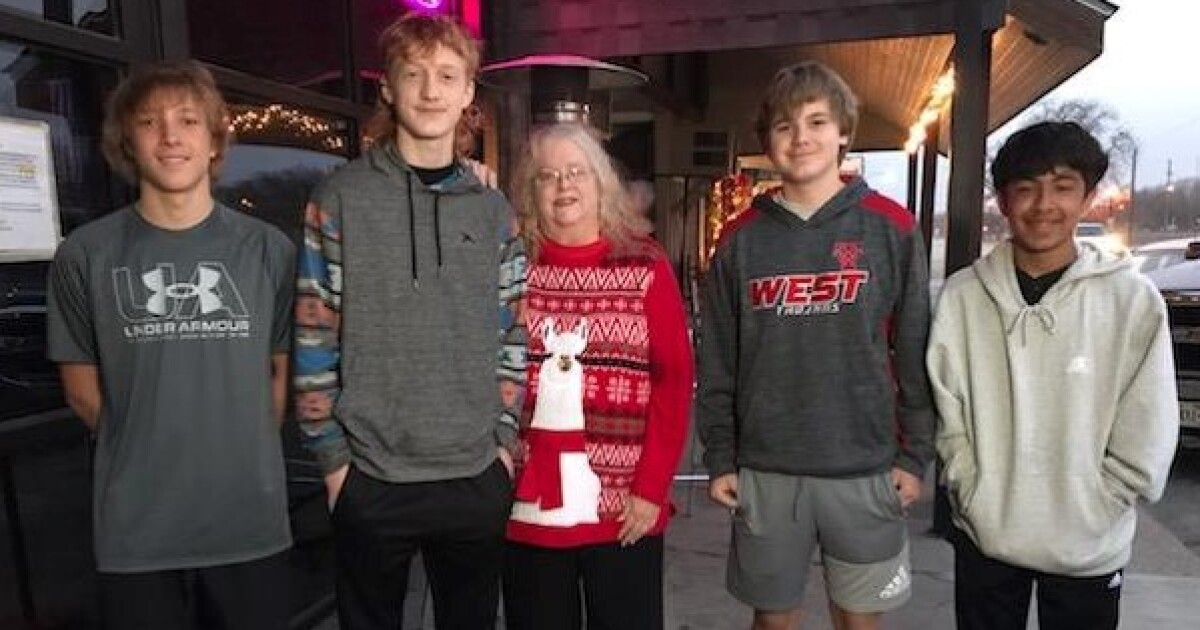 WEST, Texas – Stephanie Bearden works as a substitute art teacher at West High School, but her own artwork has struggled after cataracts in both of her eyes left her nearly blind.

“I haven’t produced much this year myself, I encourage the kids to do it,” Bearden told 25 News.

Bearden scheduled corrective surgery later this month, but even after taking out personal loans to cover the costs, she found herself short of almost $ 600.

“I just didn’t know where I was going to get this extra money,” she said. “It was like okay my God, okay Jesus get behind the wheel. I don’t know what to do, I don’t know how to do that.”

It was then that the efforts of four first year high school students answered her prayer. These students were Wyatt Sexton, Gage Kirkpatrick, Nick Munoz, and Aydan York.

“She always talks about the fact that it’s hard for her to see and we usually have to help her turn on her computer and we knew we had to do something,” Sexton said.

“It made us very sad and uncomfortable to see her like this, how she can go blind any day and that no one could do anything to help her,” added Kirkpatrick. “So we thought about launching a GoFundMe for her.”

This GoFundMe quickly grossed over $ 7,000, which was way more than the $ 5,000 originally requested.

“I never dreamed that so many people would donate,” Bearden said.

“I expected to hit the target, but he really exceeded the target,” Munoz said.

Bearden said it would have a huge impact on his life, with every dollar going towards his operation, loan repayment and post-operative care.

“I wish I could send everyone who donated, regardless of the amount, a Christmas thank you card,” she said.

The GoFundMe is still active as students continue to accept donations.

Dozens of patient grateful for free eye surgery over the holidays