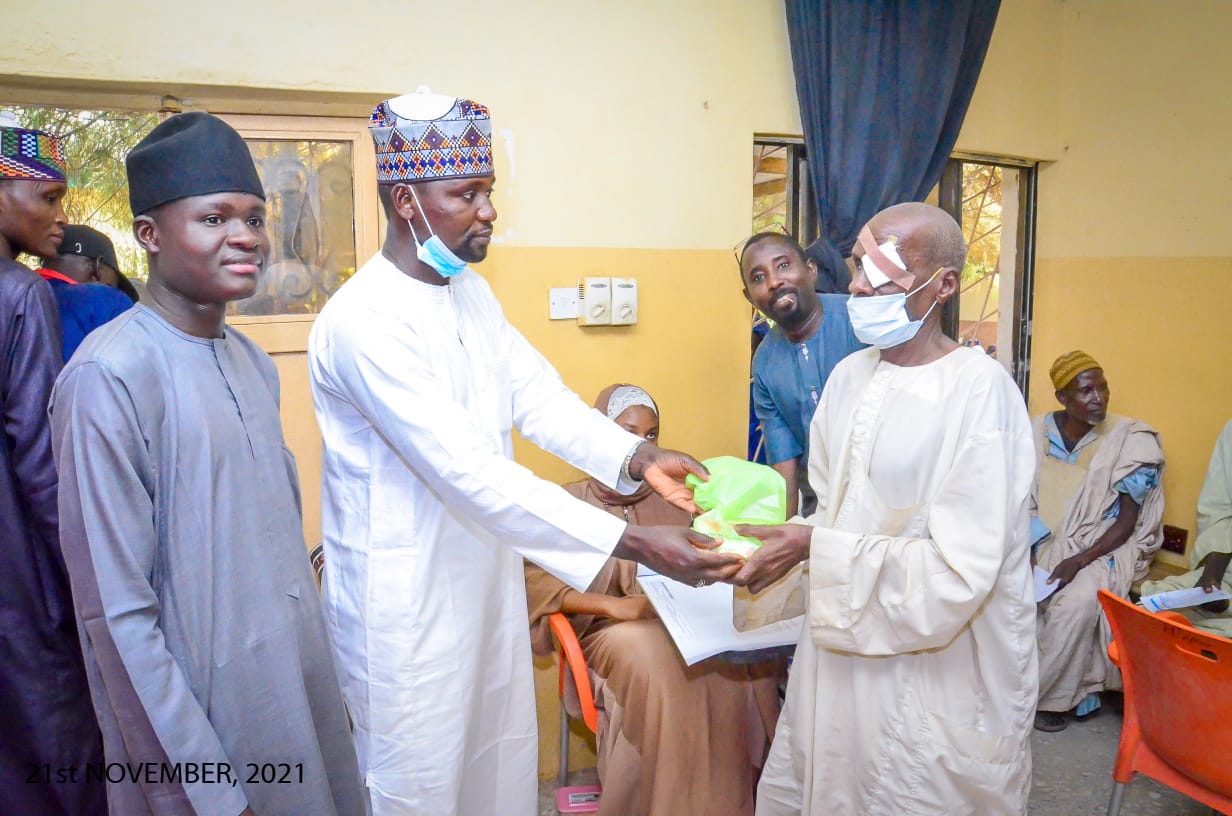 No less than 5,000 people in Jigawa State will benefit from a free cataract operation already funded by the World Assembly of Muslim Youth, WAMY, in collaboration with the Mallam Inuwa Foundation.

In addition to sponsoring eye surgery, WAMY and the Mallam Inuwa Foundation will also distribute free medicated glasses to patients.

There are other beneficiaries who will receive free medication for their various eye conditions.

This will last until Wednesday, PRNigeria has learned.

The chairman of the board of the Inuwa Foundation, Mr. Ahmad Inuwa, said that the medical awareness of various people with eye deformities in Jigawa was announced at the Hadejia General Hospital in the local government area of Hadejia in the state.

“This medical awareness on the treatment of eye defects of our people was necessitated by the need to reduce the burden of blindness in several communities of Jigawa.

“And it will be of great interest to know that we are going to treat about 5,000 people with various eye diseases and problems free of charge.”

“They won’t pay a dime. There are people to whom we will distribute glasses, while some will receive medicine to treat cataracts and other mild eye problems they struggle with, ”said Inuwa.

Some of the beneficiaries, while speaking to PRNigeria, applauded the efforts of the Mallam Inuwa Foundation and WAMY in organizing awareness, which has helped cure cataracts and other eye problems that have so far affected their eyes. visions.

This Rolex is made using eye surgery lasers