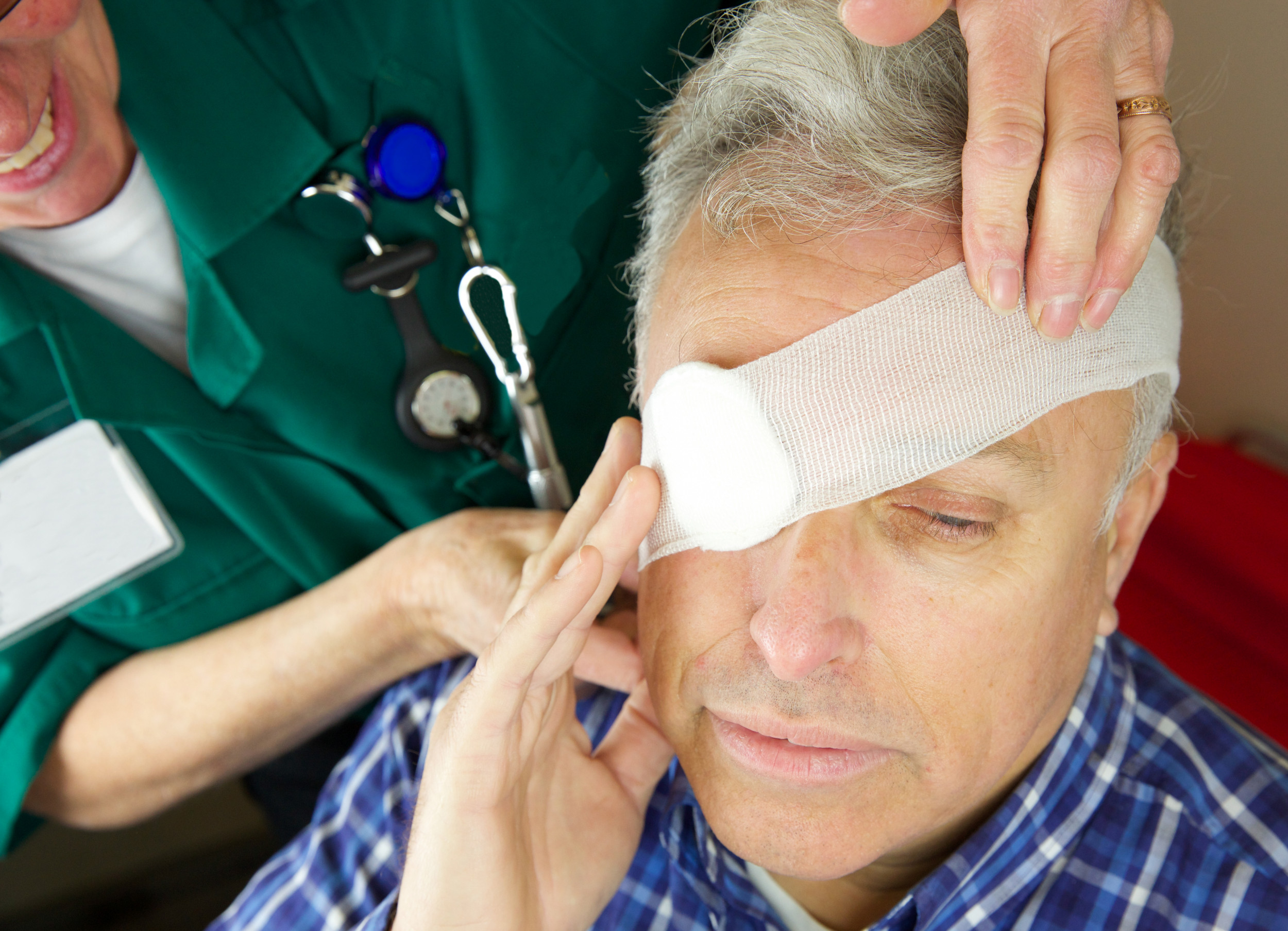 When dining out, it’s always important to dress appropriately, and one father certainly did when he chose to eat at Long John Silver’s after his eye surgery.

A picture of man was posted to the popular r/funny subreddit by u/McWitt on Wednesday. Captioned “My dad had eye surgery and my mom asked where he wanted to go for lunch after so here we go”, the post received nearly 30,000 upvotes in five hours and more than 530 comments.

The post contains no other text – just a photo of the man wearing a post-surgery eye patch in the thematically appropriate fast food restaurant.

While it’s unclear what specific surgery u/McWitt’s father had, there are a number of procedures that can be performed as outpatient surgery. According to Banner Health, some of the most common of these include cataract surgery, where a doctor replaces a clouded lens with an artificial lens, or laser surgery such as LASIK, where a laser beam cuts into the patient’s cornea to improve vision.

Generally, after eye surgery — and again, it depends on the type of surgery — at least one day off is recommended, according to the Heart of Texas Eye Institute, and be sure to rest. It can be hard to read or see things immediately afterwards, but the Heart of Texas says many cataract patients see better after just 24 hours. However, during this time, it is best not to drive, lift heavy objects or rub your eyes.

With LASIK surgery, the care is similar, according to Dr. Rex Hamilton, an ophthalmologist in California. Avoid rubbing your eyes and keep them moist with eye drops. Again, it is recommended to take time off from work for a few days while the eye heals, but it is also a good idea to keep the eye closed for at least six hours after the procedure. Avoid screens for the first week, recommends Hamilton.

“He had the perfect setup and went at it like a pro,” u/Panchorc agreed.

Other Redditors suggested different restaurants that u/McWitt’s dad might have enjoyed.

“I was really hoping for popeyes,” u/Righteousrob1 wrote.

“No, that’s why he needed surgery in the first place,” u/Tankh replied.

Others took the opportunity to remember their favorite fast foods.

“My grandma lived in a small town in North Carolina. She always talked about going to the ‘Fish House’ for a big Friday night meal. One glorious day I was staying with her and it was a Friday, so we were finally going to the Fish House. I grew up in the city so even when I was little I giggled when she turned the car to the LJS parking lot,” u/unmotivatedbacklight wrote. “I have to check to see if he’s still there.”

“Growing up, there were never any nearby, but on holidays we would find them, so I was always excited to go to one. When I moved and to another town, they had one and loved going there out of nostalgia. Unfortunately they ended up closing after a few months lol,” u/ToxicVampire wrote.

And we shared a story of a similar situation.

“I took my brother to his vasectomy appointment and he passed out when he said the anesthetic needle, so he ended the procedure. I then took him to a hot- dog on the street where the owners ripped him for 20 minutes straight while we ate hotdogs haha. Brother of the year here,” u/canned_soup wrote.