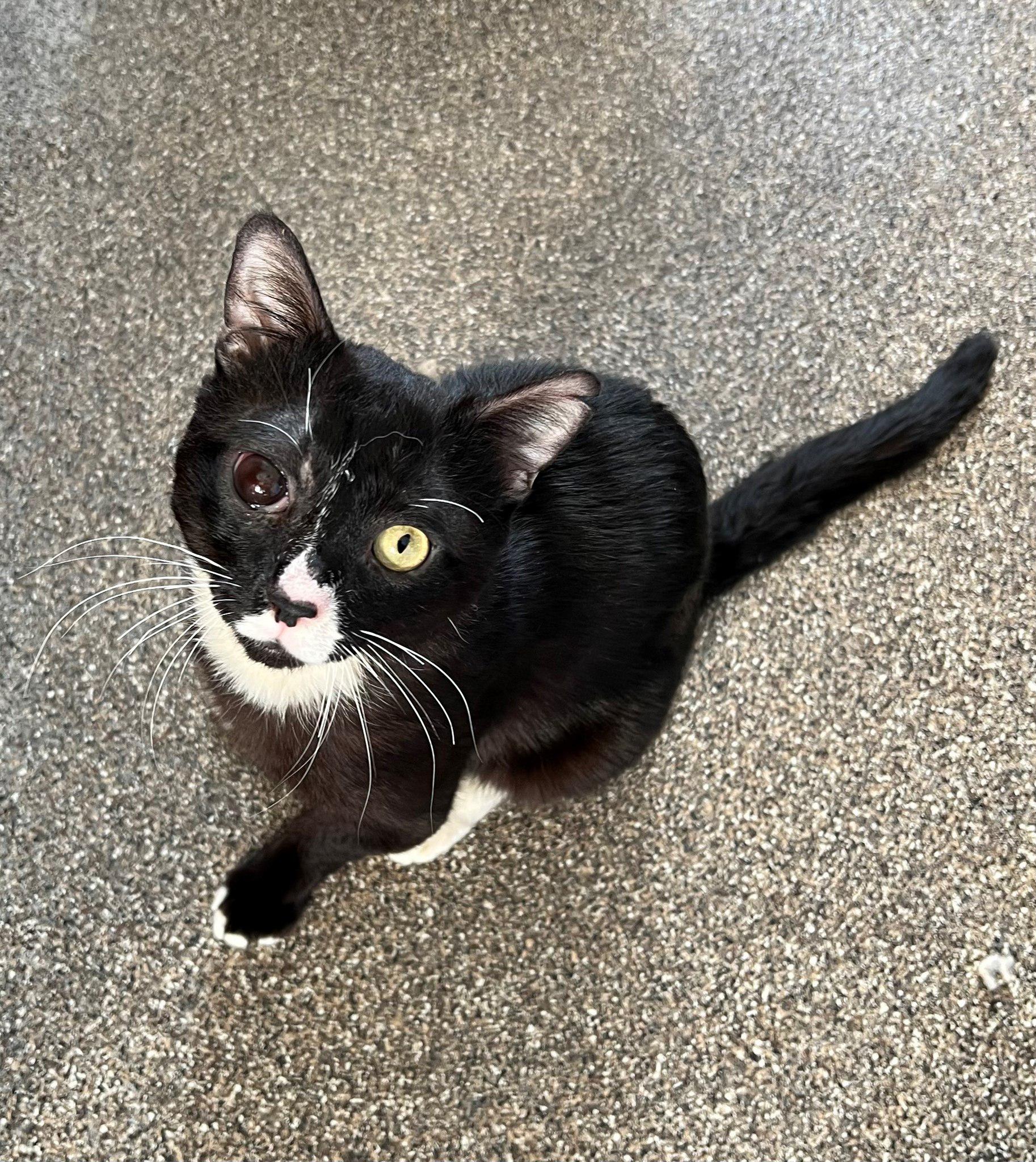 NORWALK — A cat found abandoned at a Darien rest stop last week is recovering from surgery on Thursday, but has a long road to recovery ahead of it, according to the Pet Animal Welfare Society of Norwalk.

The cat, named “Highway” by the New Canaan Police Department, suffered from a ruptured eye likely caused by prior abuse that caused “terrible pain”, according to the shelter’s surgeon, Dr. Adrien Zap. .

Surgeons have successfully removed his right eye and he is “recovering and resting comfortably”. PAWS said Thursday in a Facebook post.

The cat was found in an abandoned transporter at the Interstate 95 rest area in Darien on January 24. The temperature only reached 31 degrees that day, prompting an animal control officer to pull the cat out of the cold and take him to a local vet.

The vet determined that the cat had trauma to her right eye as well as two broken legs.

The injuries were “likely from previous abuse,” Zap said.

A vet suspected Highway’s eye had been “pierced with a sharp object,” according to PAWS executive director Ellen Simmonds.

Although the cat’s eyes no longer hurt, the shelter said it will now see surgeons to fix its front legs. This could include inserting metal plates to address “severe and disjointed” fractures in his front legs, Simmonds has said in previous reports.

“Highway is one of the lucky ones,” the shelter said in its Facebook post on Thursday. The cat is away from its attacker or attackers and is “surrounded by the love and care of PAWS staff/volunteers”.

The shelter thanked all of its donors for supporting Highway’s care in Thursday’s update.

Despite Highway’s injuries, Simmonds said the cat “maintains a gentle temperament and disposition.”

“He is a very sweet cat who will definitely find a forever home. Highway has a very different and rewarding life ahead of him, thanks to the quick thinking and action of State Police and New Canaan Animal Control” , she added.

Anyone with information about the freeway abandonment can call police at 203-594-3500.

Peter Yankowski and Tara O’Neill contributed to this report.